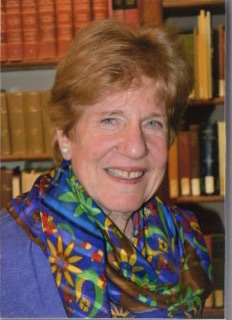 Judith M. Heimann, a New Yorker by birth, and a Harvard graduate in English literature, comes from a family of writers, mostly journalists. She has lived much of her adult life in Europe, Asia, and Africa as an American diplomat and diplomat's wife; their two children were born abroad. She worked more than twenty years as a diplomat in Benelux countries. She speaks French, Dutch, and Indonesian/Malay.

Heimann's three previous full-length books, all nonfiction, tackle disparate topics. Her best-known book, The Airmen and the Headhunters (Harcourt, 2007) was made into a Hugo award-winning TV documentary she helped write that was nominated for an Emmy. Based on Heimann's interviews of all the surviving airmen and headhunters, the book relates how generous and courteous Borneo headhunters could be to helpless American airmen shot down over Borneo's tribal land during the last year of World War II.

Heimann's first book, The Most Offending Soul Alive: Tom Harrisson and his remarkable life (University of Hawaii Press, 1999; London: Aurum Press 2nd edition, 2002) was also made into a TV documentary, for the BBC, presented by Sir David Attenborough.  Via some two hundred interviews on four continents, the book relates how many different fields of learning in different parts of the world a single imaginative Englishman could contribute meaningfully to, despite his frequent bouts of heavy drinking and mischief-making.

Heimann's most recent book, Paying Calls in Shangri-La: scenes from a woman's life in American diplomacy (U. of Ohio Press, 2016) was nominated for the American Academy of Diplomacy's annual prize for the best book on the art of diplomacy. In addition to giving the flavor of life in the Cold War days of American diplomacy in Europe, Asia, and Africa, it shows how crucial to the successful advancement of a nation's diplomatic priorities are the unpublicized efforts of low-level diplomats who know how to find and exploit opportunities where both sides can come away feeling they have won.

All four of her books have in common, aside from their overturning of various accepted popular misconceptions regarding their subjects, Heimann's intense focus on getting the people she interviews to think hard about their past. Inviting them to remember what they saw, did, and felt when they were young and the world was new, she gets them to recall for her fascinating, revealing, and relevant stories.

In Using Nature's Shuttle, Heimann's dozens of scientist informants tell her what it was like for them when they were first exploring the newly visible worlds of molecular and microbiology.

Heimann brings to the history of these young scientists' challenges, triumphs, surprises, and setbacks a sense of you-are-there immediacy. Her hope is that reading this book will not only clarify what the motives were of these pioneers in a new field about which there is currently much debate, but will also encourage adventurous, imaginative young people to opt for careers in the life sciences.